Marvel has long been a staple in entertainment and has produced some fantastic films. I must admit that anytime a new Marvel movie is released, I am as enthusiastic as a child since Marvel narratives are usually immersive. My favorites have to be the Deadpool films and Doctor Strange. The combination of Deadpool’s humor and action truly works for me. Doctor Strange makes me think about everything since it delves so far into other dimensions. Please tell me about a Marvel film that has swept you off your feet.

Out of the non Avengers movies my favorite origin type movie has to be Guardians of the Galaxy. I knew next to nothing about them prior to seeing it and I was completely blown away by that film. From the stunning visuals to the humor to the soundtrack, it was the complete package in my opinion.

With that said, Avengers Infinity War and End Game are far and away the 2 best movies Marvel has made so far. In IW when Thor lands in Wakanda with storm breaker was such a cool moment and I didn’t think that one scene could be topped. Well I was wrong because when Cap picked up Mjolnir in EG it did just that. I’ve never been in a theater and heard so many people clap and cheer like we were at a baseball game or something lol I’m not so sure that Marvel will ever top those 2 films sadly, maybe Avengers vs Xmen? I’m also looking forward to seen Doctor Strange 2 in a couple weeks! Looks pretty bonkers from the trailers!

Going to have to go with Black Panther, Wakanda FOREVER! hehe

My favorites is world at war. I’ve watched all these characters in individual movies growing up; it’s real fun watching all of them coming together to save the world

Infinity War is still an amazing movie. My favorite by far.

Those moments are pretty awesome, this is why I’m also a big fan of Thor Ragnarok as well. Him Lightning Bolting (Is that a verb?) his sister and then jumping on the bridge to the immigrant song is pretty sweet.

The only time I’ve ever been in a theatre that actually slightly trumped the cheering for Cap grabbing Mjolnir, was watching Star Wars episode 2 when Yoda pulls out his lightsaber. The whole theater on both occasions lost their minds.

I loved Iron Man the first film. Sure it wasn’t perfect but I felt it was a damn well made Comic Book movie.

Iron Man’s origin movie is the single most important movie in the MCU. If it had flopped then there wouldn’t have been another after it. If I remember the story correctly Marvel Studios was on its last leg and probably would’ve went bankrupt or sold off the rights to the Avengers if IM was a flop. It laid the ground work for the greatest and most profitable franchise in the history of movies. It also, arguably, saved RDJ’s life and made him one of the biggest stars on the planet!

First Iron Man movie is my personal favorite. Although I am not really a fan of marvel movies. Nothing can beat a Batman for me

Those Dark Knight moves are definitely at the top of my list too. Iron Man 1 is definitely one of the best Marvel movies as well.

The original Spider-Man 3 and it’s not even close, due to this scene alone

Okay does it have to be a film? Or just apart of the MCU? Cause your girl has a huge thing for Loki and cannot wait for season 2 lol. If i have to choose a film though, probably guardians of the galaxy 2.

Speaking of favorite marvel films, we currently have some lines up for Thor: Love and Thunder that you can review and bet on HERE.

That’s some interesting stuff on a movie

Check out our new content article regarding some real locations you can visit in the MCU universe. https://bovadacasino.com/entertainment/15-mcu-filming-locations-you-can-visit-in-the-us/ 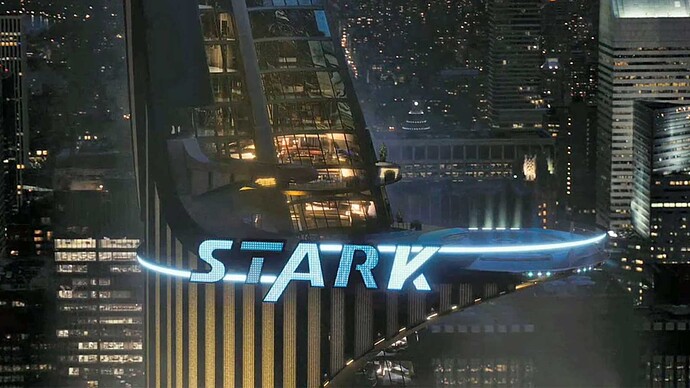 Personally I’m going for the Schwarma in Avengers

Thor: Ragnorok, mainly because it is the most humorous of all the Marvel films I’ve seen.
Guardians of the Galaxy comes in 2nd, for the same reason.
They are all pretty formulaic, so it is the fun factor that raises the enjoyment level for me.

Hulk is my favorite Marvel character, and it is a real bummer that not one of his stand-alone movies has really worked.

Ragnarok…because thats what heros do