The incorrect score and time issue really needs to get fixed I’m tired of it. I didn’t wager much but still support would not give me a refund. A bug really should be made and fixed. I can’t be told not to follow bovadas score board when I’m not gonna go and check every single wager for the actual scores. A HoF member and I place a ton of money and wagers on this site and I still wouldn’t get a refund and I’m sure I pay for a ton of salaries here. 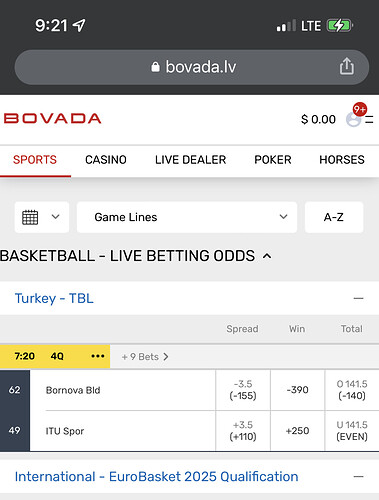 We do advise that you do not use the scoreboard for making decisions on live wagers, it is also rule 1 of the live sports wagering terms.

It’s so misleading Paul I’m not going to check another resource for scores for every live wager. That’s like saying if there was a game where you and I were playing and there were two mins left Paul 10 - Purplegoldecu 8 and the line was Paul -1 and I placed the wager thinking that’s the score and the site let’s me. I wonder why the score isn’t changing and the lines change and let me place wagers still. In reality the score is Paul 10 - Purplegoldecu 12 with a min left. I wouldn’t place the wager if I seen that.

I can only advise you to do just that if you are wagering in play.
As mentioned above there are sometime discrepancies with the live scores.

As I mentioned I didn’t even wager much. I’m just so bothered by the good will and integrity and support wouldn’t even refund me for this as much as I deposit and wager. As a long time user of Bovada,it’s really making me contemplate closing my account.

This is not something that is typically refunded for unfortunately.

Why not? Bovada can recall and take back a win if graded incorrectly, but we can’t get our money back if Bovada is advertising and let us bet the lines for wrong scores. Sounds pretty unfair to me.

You are being proactively advised not to use the scoreboards for live wagering, due to possible discrepancies.

Haha it happened to me as well and they did nothing to solve it because of misleading incorrect lines. But months ago I think it was a game from NBA players got their bets voided for incorrect lines offered when they won. Ohhh that scoreboard wasnt fine because Bovada can only judge according to what benefits them.

They really need to get their API sync fixed. Not sure where they are buying their APIs from, but this shouldn’t be a tough issue to fix.

You shouldn’t be able to have it both ways 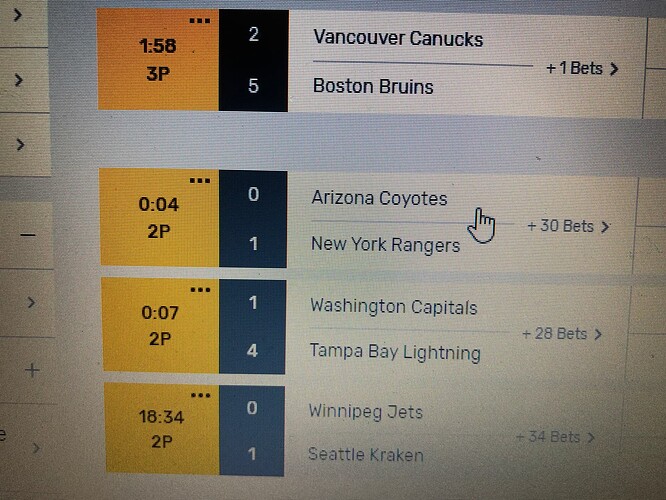 It’s kind of ridiculous that it’s like this. I mean how can you offer live wagering when you can’t even have a correct live wagering board

The problem isn’t that the scoreboard doesn’t operate accurately

Because that’s a HUGE HUGE advantage for the book

Because why would you?

So the scoreboard being wrong isn’t a big deal. It only becomes a big deal when you aren’t consistent in administering the outcome of when it’s wrong

Hopefully you didn’t wager and lose too much monies… Luckily I only wagered and lost like $70 and support tried to offer me $35 in bonus money in return. I was pretty upset at when they wouldn’t refund and figured they would have shown more courtesy. Support even had the audacity to ask me if I was happy with the bonus. Hope they were happy with the 1 star lol

They say the 2 aren’t interconnected but they 100% are

As it turns out the score was actually

Which, as anyone who follows CBB would know, if the line was not based of the scorebosrd there’s a zero percent chance Michigan would ever only be -1.5 at any point vs PV and if the line was based on Michigan being up 14 halfway through the first half it would’ve been like -25.5 for Michigan

So the only plausible explanation for it being-1.5 was the line was based on the incorrect score